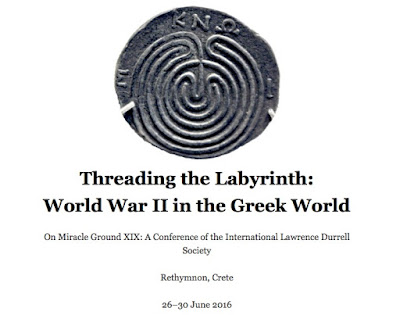 More Journeys to the End of the Line: Travelling Through London atop Double-Decker Buses 24 and 11.

After my journey to the end of the Metropolitan Line at Chesham, I thought I would journey through the heart of London, first bisecting the city from Hampstead in the north to Pimlico on the Thames to the south aboard the 24 bus, then bisecting it again by more or less following the twists of the Thames from Fulham Broadway in the west to Liverpool Street in the east aboard the number 11 bus. Both these routes are operated by double-deckers so you can have a panoramic view from the front seat at the top of the bus.

Journey to the End of the Line

Yesterday I travelled to the end of the line.  From Aldgate on the Metropolitan Line you travel for seventy minutes westwards and northwards through London passing through Liverpool Street, King's Cross and St Pancras and Baker Street, then emerging into daylight at Finchley Road before filling with football fans at Wembley Park and debouching them at Harrow on the Hill, until looking out the window you see green.  You see fields and farms and horses and cows.  You are still inside the carriage of a Metropolitan Line Tube train but you are entering another universe and passing into the outer reaches of existence.


I travelled to Chesham for the hell of it.  I like to see where the world ends.  A few years ago I journeyed to Amersham on London Underground, again mostly above ground with views of cows, also to peer into the abyss that lies beyond London.

The Durrells get new biography that 'they would enjoy' - The Guardian

The following is an excerpt from the article by Alison Flood in today's Guardian.  You can see the full article on The Guardian website by clicking here.

A different light is due to be shed on the idyllic ramblings of Gerald Durrell and his eccentric family in Corfu in a new biography of the Durrells, due out next year.


Michael Haag, who knew Lawrence and Gerald Durrell and who is also currently writing a biography of Lawrence for Yale University Press, has been signed by Profile to write a biography of the Durrell family before, during and after their time in Corfu. Their sojourn on the island was covered in Gerald Durrell’s much-loved Corfu trilogy My Family and Other Animals, Birds, Beasts and Relatives and The Garden of the Gods, which chart his adventures and explorations there, as well as in Lawrence Durrell’s diary of life on the island, Prospero’s Cell. ...


The Corfu trilogy, said Haag, is a mixture “of reality and invention”, with the new television series adding “another layer to that … of invention but also adding realities, like Louisa’s drinking, that were not there in Gerry’s accounts. And so a palimpsest develops and that becomes what the public knows.
“I want to reveal what’s going on underneath,” he said, predicting that the Durrells themselves would have found the fresh looks at their lives, both his own and on television, amusing. “I think they would laugh,” he said. “There was a time when Larry and Gerry went back to Corfu and went on a tour by boat, north to where Larry lived. They went with a group of other people, wore funny hats and glasses – they became tourists and very much enjoyed being told all about the Durrells. So I think they would enjoy this very much.”
Posted by MICHAEL HAAG at 20:38

Michael Haag to Write The Durrells of Corfu


After I watched The Durrells and smiled, things happened. This article in The Bookseller tells what.

Published May 9, 2016 by Natasha Onwuemezi

Profile is to publish a biography of the Durrell family by Michael Haag titled The Durrells of Corfu.

Profile editor Mark Ellingham acquired world all language rights to the title which will follow the Durrell family during, before and after their adventures in Corfu.

The book will be published in spring 2017 to coincide with the second television series of "The Durrells". "The Durrells" is a six-part ITV drama television series based on the youngest son Gerald Durrell's three autobiographical books about his family's four years on Corfu from 1935 to 1939: My Family and Other Animals, Birds, Beasts and Relatives, and The Garden of the Gods (Penguin).

The Durrells of Corfu will cover the background to the Durrell family’s years in Corfu, including their time in India, where all the children were born, and where their father, a civil engineer, died. It will look at the real life characters the Durrells encountered on Corfu, notably the biologist and poet Theodore Stephanides, and the taxi driver, Spiros Halikiopoulos. Haag will also tell the story of how the Durrells left Corfu, plus Margo’s return to join the Greek resistance, and Leslie’s romance in England with their Corfiote maid and friend, Maria Kondos.

Ellingham said: "Michael Haag probably knows more about the Durrells than anyone alive. He knew and collaborated on books with the family. Michael originally proposed a Durrell family biography five or six years ago – and with seven million people now rediscovering the magic of their Corfu story, the hour has come."

Haag is the author of books The Quest For Mary Magdalene
and The Templars: History and Myth: From Solomon's Temple to the Freemasons with Profile. He is the author of Alexandria: City of Memory, with Yale University Press, a composite biography of Forster, Cavafy and Durrell.


To read the article on The Bookseller's web page, click here.  Bear in mind that not everything is accurate.  It never is.
Posted by MICHAEL HAAG at 21:14

The Durrells in Corfu

I was avoiding looking at The Durrells, the new ITV series based on Gerald Durrell's Corfu Trilogy, the one-volume book comprising My Family and Other Animals; Birds, Beasts and Relatives; and The Garden of the Gods.  But then someone phoned and said it was not without charm and so I took a peek.  And I smiled.

This is not another remake of My Friends and Other Animals; it also includes material from the other two volumes.  And it contains more, some biographical material which alters the perspective entirely.  What had once been exclusively a child's view of his family and Corfu now becomes a story seen from multiple views, from that of brothers Larry and Leslie, from sister Margo, and most particularly from that of their mother Louisa Durrell.

Nor does Gerry ever mention the drinking habits of his mother.  But the first episode of The Durrells opens with Louisa knocking back a large straight gin poured from a hidden bottle.

Gerry had never explained why the family came to Corfu beyond a facetious scene in which Larry describes his family as medical specimens, all of them ill thanks to the English weather.  And off they go to Corfu.  But of course it was not like that, and the dead father and the heavily drinking mother were primary causes, and an effort to conserve the inheritance from Mr Durrell, and - strongly intimated in these opening scenes - Larry somewhat stepping into his father's shoes and taking responsibility for his mother and also for his small brother Gerry.

In each of the opening two episodes Louisa picks up a framed photograph of her dead husband suggesting that it is the loss of him that has led her to drink and led also to the chaotic and untameable behaviour of her children.  The camera moves in on the photograph and it turns out that it really is Lawrence Samuel Durrell, a remarkable civil engineer who died young of a brain tumour.  This was the event that brought the family first from India to England and then a few years later from England to Corfu.

The story of the Durrells in Corfu, 'not without charm', began in tragedy.  And for all the laughter, the amusing chaos, the seeming idyll, the tragedy was always there.  The Durrells does not take this very far; we are still given the magic and the idyll; but it does intimate that something more was going on than Gerry would ever admit as he turned to his world of animals.
Posted by MICHAEL HAAG at 19:46

Why the Magdalene Remains in the Shadows: Catholic Herald Review of The Quest for Mary Magdalene

A review in the Catholic Herald of 29 April 2016 describes The Quest for Mary Magdalene as a 'well-researched and well-argued case for looking at the Magdalene with fresh eyes.  As a bonus, the book is beautifully illustrated throughout with artwork from ancient to modern'.


You can read the article at the Catholic Herald online here.
Posted by MICHAEL HAAG at 23:21