Three Caravan Cities - Petra - Jerash - Baalbek - and St Catherine's Monastery Sinai by Paul Gotch was published by Whitehead Morris in Alexandria in 1945.  With photographs, maps and text it tells of journeys made during the war by Paul and his wife and friends.  And it carries a brief introduction by Lawrence Durrell who with his girlfriend Eve Cohen shared the upper floor of the Villa Ambron in Alexandria with Paul and others working for the British Council.

Now Paul's son Adam Gotch has reproduced the original in an enlarged format and has added further photographs taken by Paul at the time.  And other curiosities such as the letter reproduced here from the head of the British Council to Paul for going where it was thought he should not have gone. 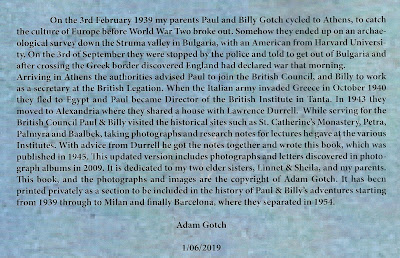 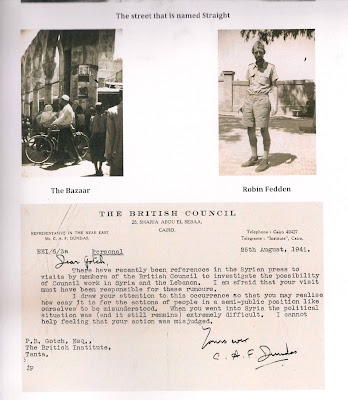