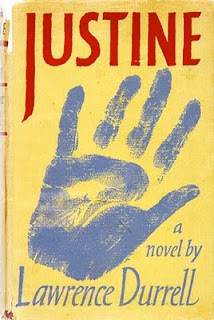 'It is good news and fitting that in the year of Lawrence Durrell’s centenary the International Lawrence Durrell Society’s On Miracle Ground gathering will take place in London where Durrell’s literary career began. [These are] the streets where Durrell lived, read, was published, romanced with Nancy [. . .] a landscape he never left behind.'
– MICHAEL HAAG, author of ALEXANDRIA: CITY OF MEMORY

For more information have a look at the Lawrence Durrell 2012 website with full information on the forthcoming Durrell centenary events in London and on things Durrellian generally. Michael Haag, who is writing a biography of Lawrence Durrell to be published by Yale University Press, is pleased to be participating in these events. Click here.
Posted by MICHAEL HAAG at 01:01