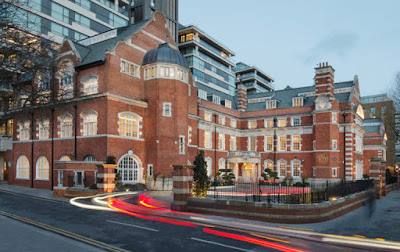 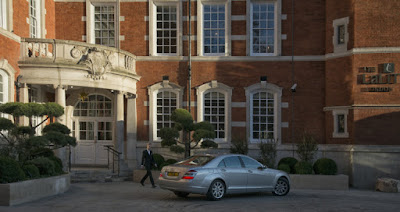 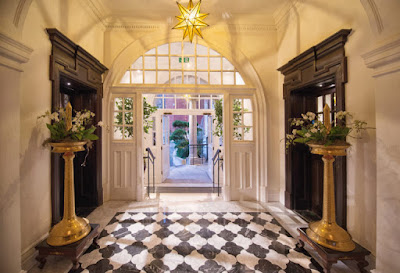 
Today is Sham el Nessim, an ancient spring festival celebrated in Egypt since pharaonic times.  Falling on the Monday after Coptic and Greek Orthodox Easter but rooted in the religion of the Old Kingdom, Sham el Nessim is a picturesque national holiday when the entire population, Christian and Muslim and until recently Jews too, goes out into the fields or to the Nile to eat in the open air and greet the zephyrs of spring.


Edward William Lane, in his Manners and Customs of the Modern Egyptians, described the Sham el Nessim he knew in  the 1830s.

'A custom termed "Shemm en-Neseem" (or the Smelling of the Zephyr) is observed on the first day of the Khamaseen. Early in the morning of this day, many persons, especially women, break an onion, and smell it ; and in the course of the forenoon, many of the citizens of Cairo ride or walk a little way into the country, or go in boats, generally northwards, to take the air, or, as they term it, smell the air, which, on that day, they believe to have a wonderfully beneficial effect. The greater number dine in the country, or on the river. This year (1834), they were treated with a violent hot wind, accompanied by clouds of dust, instead of the neseem ; but considerable numbers, notwithstanding, went out to "smell " it.  The 'Ulama have their "shemm en-neseem " at a fixed period of the solar year; the first three days of the spring-quarter, corresponding with the Persian "Now-r6z," called by the Arabs "N6rooz."'

Lawrence Durrell used Lane's book to provide himself with background for his Alexandria Quartet in which the two Hosnani brothers are called Nessim and Narouz.

[The sepia photographs in this post are from Michael Haag's Vintage Alexandria published by The American University in Cairo Press.  The colour photographs are from Egypt Today magazine.]
Posted by MICHAEL HAAG at 19:25

A Somewhat Belated Review of Michael Haag's The Durrells of Corfu


A somewhat belated review of The Durrells of Corfu - and a particularly interesting one for its remarks on Kathryn Hughes' strange review a year ago in The Guardian.
Posted by MICHAEL HAAG at 17:05

Henry Miller in Full Frontal Meeting with the Durrells


In episode three of the third series of The Durrells, broadcast last night, Louisa and Larry go to London where they meet Henry Miller. It is true that Louisa went to London but with Gerry and Margo to see about a hormone problem that was making Margo fat.  Gerry tells the story in My Family and Other Animals.

That was in 1937, and no sooner had Louisa, Margo and Gerry returned than Larry and his wife Nancy left Corfu for Paris where they met Henry Miller.  But there is no account if him being naked at the time.

Miller naked in London is an invention of Simon Nye, The Durrells' scriptwriter.  Miller never lived there, naked or otherwise. Instead he lived in Paris throughout the 1930s where he wrote and published Tropic of Cancer, his ebullient and erotic depiction of underground life in the city.  The  novel was banned for obscenity in Britain and America, but Larry managed to get hold of a copy in Corfu and shot off an admiring and enthusiastic letter to Miller who replied 'Your letter is so vivid, so keen, that I am curious to know if you are not a writer yourself'. This exchange, in 1935, marked the beginning of a lifetime friendship between the two.

In 1939, just before the outbreak of the war, Miller did come to Corfu where he joined Nancy and Larry in their habit of stripping off.  'I hadn't been in the water for twenty years', said Miller, in contrast to Larry and his wife who were 'like a couple of dolphins'.  At the nearby shrine of St Arsenius overlooking the crystal blue Ionian, 'We baptised ourselves in the raw'.  By that time Louisa had returned to England; she never did meet Henry Miller.

Miller goes unmentioned in Gerry's Corfu books and in Larry's Prospero's Cell.  But you will find something about his time in Corfu in The Colossus of Maroussi, the best book Miller ever wrote, which was published in 1941 after his return to America from Greece.

And then there is Margo's recollection of Henry as reported in The Durrells of Corfu.  This was after the family had left the island but Margo had impulsively returned from England to face the approaching war shoulder to shoulder with her Corfiot friends.  Henry was also there, enjoying the last moments of peace. 'A wonderful period of solitude set in', Miller recalled. 'It was the first time in my life that I was truly alone.’

Not quite alone, according to Margo. ‘Lawrence asked me to look after him, and he said, “Don’t let anybody swindle him”, which I thought was a typical Lawrence remark at that point. I did look after Henry, and I found him very charming. He did use a lot of bad language, but then, you know, I was used to that language. He just was very genial. He came swimming, and was absolutely like a grandfather. Lawrence said I was safe because I was one of the family.’