Before there was Zippy the Pinhead there was Mick Jagger.  At any rate that is how it was in the life of Bill Griffith, creator of the Zippy daily cartoon strip syndicated in hundreds of newspapers in the United States and beyond.

Zippy is the sort of person for whom 'care in the community' is designed; he is vague and disconnected and slightly saner than what passes for correct thinking in the world around him; a sort of wise fool.  Often he appears with Griffy, who is Bill's alter ego.  But Zippy was 'born' only in 1971 and became a regular strip only in 1976.  Before that Bill did 'art', though to my personal knowledge he was also drawing mushrooms and Mick Jagger.

Bill did this drawing of Mick Jagger in Manhattan in 1965; we had just been to see the second Beatles film, Help!.  Bliss was it in that dawn to be alive.  I liked the drawing very much and Bill unpinned it from his easel and gave it to me; I took it back to London and tucked it away. 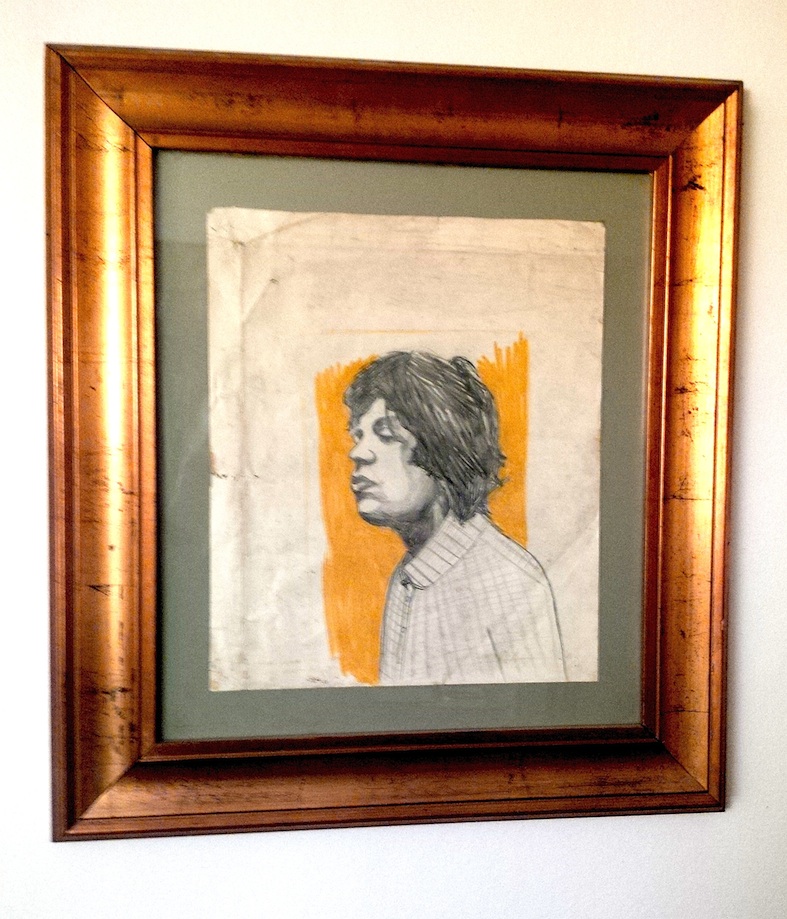 A few years later I fixed it to the wall of my garden shed where I was writing at the time.  Chris Jagger came round and liked it and passed it on to his brother Mick to sign - faintly, as it turned out, in green pencil.  After that I decided to frame it; I like the gilt wooden frame holding Bill's rough sheet of drawing paper, and I like seeing the signatures there, Bill's in New York in 1965, Mick's later in London, marks of passage.  I have a stinkhorn mushroom somewhere too, also drawn by Bill.

But Bill has moved beyond Jagger and mushrooms and flowers in vases to Zippy the Pinhead for which he is most highly regarded as this recent review of Bill's work by Paul Di Filippo explains.


Contemporary readers of Bill Griffith's comic strip, Zippy the Pinhead, know with certainty that the illustrator is one of the most accomplished draftsmen working in comics today, his talents on a par with those of Robert Crumb. His art -- nuanced shading; economical linework; evocative textures; fidelity to dress, gesture, expression, architecture, automotive design, and the thousand and one other accoutrements of modern life -- is an unfailing daily marvel, especially considering the speed and regularity at which the strip is produced.

Often I would look for 'the funny little bust of General Earle'.  E M Forster mentions it in his Alexandria: A History and a Guide when he talks about the buildings round the Place Mohammed Ali, among them the Anglican Church of St Mark, built on land granted to the English by Mohammed Ali himself.  'Looking through the railings of the churchyard', writes Forster, 'is the funny little bust of General Earle (k. 1885 at Kirbekan in the Soudan). It was erected by the European Community, and represents their chief incursion into the realms of art'.  The remark is wonderful Forster, and each time I would pass the church I would walk along the railings looking for that funny little bust of that funny little man who got himself killed while trying to relieve General Gordon at the siege of Khartoum.  But I never could find it.

Forster also describes St Mark's church, which 'considering its date (1855), and its pseudo-Byzantine architecture, is however a tolerable building'.  Forster was educated in an age when the medieval and especially the Byzantine were depreciated, and he had little appreciation of Islamic or Eastern Christian architecture.  Instead he admired the Banco di Roma, 'the finest building in the city', in the Rue Cherif Pasha, 'a modified copy of the famous Palazzo Farnese, which Antonio da San Gallo and Michelangelo built in the 16th cent., at Rome' - in other words, Renaissance, which was about the most that Forster's taste could handle.  St Mark's Church is a handsome and interesting building, built by James Wild who had already built the richly eclectic Christ Church, Brixton Hill, London.  Of his church in Alexandria, Wild said that though it 'agrees in plan and mass with the style of art used by the early church architects, it carries out a general sentiment of Arabian detail'.

One day in 1986 I was walking past St Mark's again and went inside where I met the vicar, so to speak, Father Howard Levett.  Except that being the priest for St Mark's Alexandria, and despite having a parish of only a few score Anglican souls, Howard was in a direct line of apostolic descent from St Mark himself; he was Archdeacon of Egypt, North Africa and the Horn of Africa, a very grand title for a delightful man.  So I told Howard about Forster's funny little bust of General Earle and asked what he knew about it.  He had never heard of it, Howard replied, and that was that.

The next year, 1987, I was again in Alexandria and I called on Howard.  He took me aside.  'I have something to show you', he whispered, and took me to the vestry, where just outside the back door of the church, in a little courtyard sitting amid the geraniums was a funny little bust.  'We found General Earle!'

It seems that after I first asked about the bust of General Earle, Howard asked his gardener Mustafa if he knew anything about it.  Mustafa had been gardener at the church all his life and his father had been the gardener before him.  And Mustafa remembered that when he was a boy there had been a riot, it might have been 1956 but he was not sure, and the bust of General Earle that had been peering through the railings was attacked, knocking a few bits off the peak of his hat.  Mustafa's father took the bust away and buried it somewhere in the church grounds and the whole business was forgotten.  Maybe in a thousand years somebody would have dug up the funny little bust and wondered who he was and why he was there and what it was all about.  Or maybe General Earle would have remained lost to this world forever.  Instead Mustafa remembered the spot and dug the general up.

But Howard was worried about restoring the bust of General Earle to its vantage point peering through the railings, reckoning there might always be another riot and the general would be attacked yet again and be forever shattered.  So the bust has been put round the back of the church, just outside the vestry door.

I mention this now so that the general is not forgotten.  I do not know if his discovery counts as a triumph of archaeology; he was hardly buried for more than thirty years.  But it was a triumph of a sort and good fun to find Forster's funny little bust.  I hope the church is able to preserve General Earle, who gave his life in trying to relieve Gordon at Khartoum, from further damage or theft or from being mistaken for a garden gnome.

By the way, apart from an appearance in Forster's Alexandria, General Earle also makes an appearance in Justine, the first volume of Lawrence Durrell's Alexandria Quartet.  The tense night and dawn of the duck shoot on Lake Mareotis is over and Darley, who half expected to be killed for having an affair with Nessim's wife Justine instead receives a letter from her, saying she has left him, has left everyone, has left Alexandria forever.  Durrell draws on Forster when he has Darley give us his reaction to the sudden news.


It is as if the whole city had crashed about my ears: I walk slowly to the flat, aimlessly as survivors must walk about the streets of their native city after an earthquake, surprised to find how much that had been familiar has changed, Rue Piroua, Rue de France, the Terbana Mosque (cupboard smelling of apples), Rue Sidi Abou El Abbas (water-ices and coffee), Anfouchi, Ras El Tin (Cape of Figs), Ikingi Mariut (gathering wild flowers together, convinced she cannot love me), equestrian statue of Mohammed Ali in the square…. General Earle’s comical little bust, killed Sudan 1885…. An evening multitudinous with swallows … 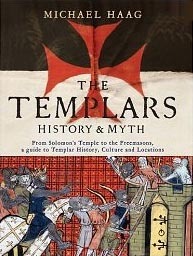 You know how to whistle, don't you?

One of the most famous lines in cinema occurs in To Have and Have Not when Shimon Peres says to Humphrey Bogart, 'You know how to whistle, don't you, Steve?  You just put your lips together and ... blow'.

Well, actually those lines were not spoken by Shimon Peres, the recent president of Israel.  They were spoken by his cousin Lauren Bacall - a relationship I discovered just today, the day after her death.  Or at least Bacall said that Peres was her cousin.  Peres is not so sure, though he does say that they were from the same family - she was born in New York as Betty Joan Perske to a Romanian Jewish mother and an American-born father whose parents were from Poland, while Peres, whose name at birth was Szymon Perski, was born to Jewish parents in what was then Poland and is now Belarus. 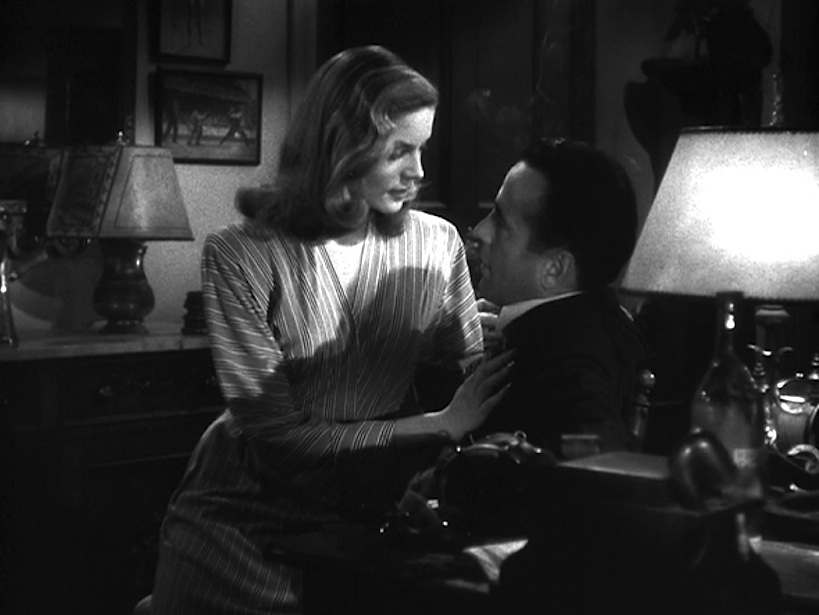 And if you would like to see Lauren Bacall saying that famous line to Humphrey Bogart, click here.

To Have and Have Not was Lauren Bacall's first film and it was there that she met and fell in love with Humphrey Bogart.  But the film and her love for Bogart and the famous line might not have happened at all had Howard Hawks, the director and producer of the film, who was notoriously antisemitic, realised that Bacall was Jewish.

For that matter Shimon Peres may never have become president of Israel, nor lived very long at all, had he stayed in his native Poland where those of his family who remained perished in the Holocaust, some being burnt alive in their local synagogue.

Copies of the Chinese edition of Inferno Decoded were delivered to me yesterday.  The book has been translated into Simplified Chinese, if that helps you, and has been published by The Peoples' Literature Publishing House in Shanghai.  It is much more entertaining than Chairman Mao's Little Red Book.
Posted by MICHAEL HAAG at 12:00